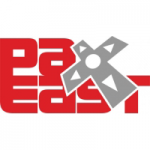 From April 11th through the 13th, the Boston Convention & Exhibition Center is going to be crammed with tens of thousands of people in attendance for the Penny Arcade Expo (PAX) East convention. In attendance at the convention will also be the iconic Indie Megabooth, a showcase of indie game developers. At the Indie Megabooth this year there will be over one-hundred games for convention attendees to check out, which is almost double last year’s count. We’ve checked out the full list of indie games that will be at PAX East and narrowed it down to four upcoming indie games that attendees will not want to miss.

You may remember Darkest Dungeon from a few weeks ago, when we covered it and it’s massively successful Kickstarter campaign. Now, fresh out of their $300,000 Kickstarter run, Red Hook Studios is taking the game to PAX East to show it off in its latest form. Darkest Dungeon is a roguelike RPG that focuses on the mental well-being of the games protagonists over the more traditional aspects of RPGs. Players will have to contend with their party members developing anxiety and phobias, on top of managing health strategic decision making.

Delver’s Drop has been on my radar for some time now. I played an early build last year and really enjoyed my experience with the game. It was simplistic, but always just challenging enough to test my skills. The crisp art design and the responsive combat mechanics merge to create a very memorable, and fun, experience. Look for Delver’s Drop to be released later this year for PC, Mac, Linux, Android, iOS, and the OUYA.

A Hat In Time from Gears for Breakfast

Growing up in late 90s, some of my most-played games as a youngster were the 3D platformers of the N64. Titles like Banjo Kazooie, Donkey Kong 64, and Super Mario 64 hold a lot of nostalgic value for me. So, needless to say, when I first saw A Hat In Time I suffered from a mini nostalgia attack. Here was a game that was everything I loved about those older titles, but modernized and with a fresh cast of characters to boot.

Apparently I wasn’t the only one excited to see the game come to be fully realized, as the Kickstarter for A Hat In Time blew past the initial $30,000, going on to collect over $296,000.

Gods Will Be Watching from Deconstructeam

Originally developed during a game jam, Gods Will Be Watching has evolved into a full-fledged game. The original game put players in the position of a group leader, attempting to lead the group through the harsh reality of a post-apocalyptic world.  The player had to take risky chances and make the tough decisions no one else wanted to. The original, which is fully playable online, was one of the most impactful games I played last year.

The full game is set to feature six chapters that play out the story of Sgt. Burns, the protagonist from the original game which combine for over ten hours of gameplay. Look for Gods Will Be Watching, later on this year.

Star Trek Timelines is the next game from Disruptor Beam

Kentucky Route Zero Act III before the end of May