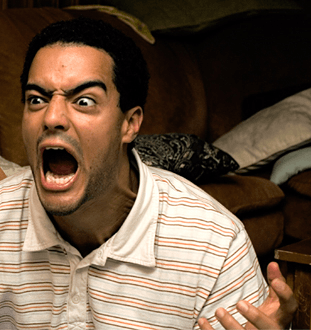 If you play mobile games, I have some unfortunate news for you: you might just be a bad person. Don’t despair just yet, though! Before you quit your job, abandon your family, and go to live in the woods with the rest of the world’s bad people, let’s make a proper diagnosis. After minutes – hours, even! – of thorough research, the following list of behaviors has been compiled to save mobile gamers from the worst fate of all: becoming “that guy” (or gal).

It could be on the bus. Or at the doctor’s office. Or waiting in line at the DMV. There’s no telling where the exhibitionist will strike, but one thing’s for certain: there’s no ignoring them. This is the kind of person who can’t just play a game, but must instead carry on a dialogue with one. If they’re angry about just barely missing three stars in Angry Birds? You’ll hear about it. Livid about a misread swipe sending them into a tree during Temple Run? You’ll know. And as an added  bonus, the exhibitionist is almost always someone who gets worked up easily, giving you lots of chances for unwilling audience participation. 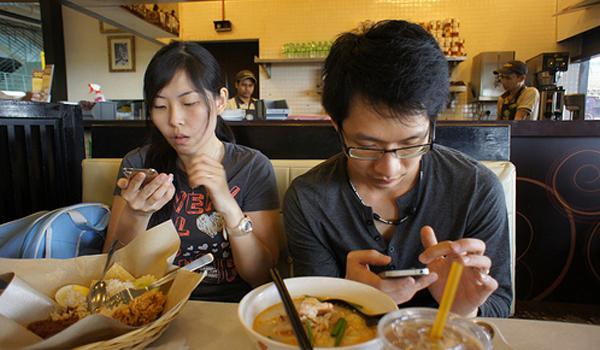 Nothing goes with a good family meal, or a great night out at a restaurant like some virtual crops. Wait, what? Welcome to life with blissfully unaware dinner time farmer. Perhaps it started as a quick distraction on the go, but like Macbeth, they’re in too deep to go back now. And that means planting new carrots in every spare moment. Or tending to virtual monsters between bites. Or using two seconds of conversational silence as an excuse to upgrade their restaurant. Call them out on it and you may get their attention back for a couple of seconds, but the blankness in their eyes says it all: they’ve been lost to the void.

There’s nothing wrong with being a completionist. I can relate to the need to hunt down every last coin, or get all the special puzzle pieces. But the achievement hound takes this to a new level. You can’t talk to them about a game you both downloaded without being hounded about which obstacles you’ve cleared. And heaven help you if you’ve discovered something they haven’t, because you’ll be in their greedy grasps till’ you’ve showed them exactly how you did it. Unique to the mobile space? The pleasure of receiving dozens of game invites, trade requests, and “download this!” messages so you can help the ‘cheevo hound hit their next level. You may be their friend in real life, but once they need to hit that next goal, you’re a piece of meat. 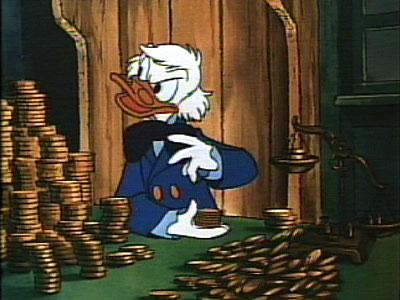 They’ve been tracking a game since it was announced. They’ve read all the early buzz. Patiently, they’ve even waited for a slew of reviews confirming its awesomeness. But you know, they’re just not sure they want to shell out the ninety-nine whole cents it costs. Sitting there with their several-hundred dollar device, and two dollar bag of chips, the hypocritical scrooge wants more for less, but somehow only where mobile games are concerned.  Oftentimes, and for extra hypocrisy points, this is the same person complaining about the overabundance of freemium games laced with in-app payments, wondering why developers price their games so low. Public service announcement: you’re part of the problem.

Like any sickness, it’s important to recognize the signs early. If you suspect – even slightly – that you’re beginning to show signs of a transition into one of these types of gamers, please: reach out. Talk to a friend. Confide in a family member. Above all, remember that there are people out there who love you and care about you; who don’t want to see you start down the long dark road of becoming a mobile gaming megalomaniac. Remember, the screen is always darkest before the dawn.