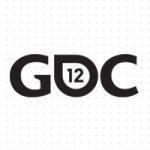 Last week, Josh and I were lucky enough to attend this year’s Game Developer’s Conference in San Francisco. Held at the Moscone Center in the heart of downtown, GDC is the world’s largest professionally-focused video game event – and a hell of a good time.

Besides some excellent networking, and some post-“networking” hangovers, the week gave us a first-hand look at some ways the game industry continues to change. So from two first time GDC-ers to you, here are three industry lessons you need to know for 2012.

3. Indies are on the rise

The hasty observer may have brushed off thesingle IGF booth on the GDC show floor as a sign that indie games are still a niche endeavour. One look inside told a different story. Populated with everything from the app store hit Beat Sneak Bandit, to the forthcoming XBLA darling Fez, to the folk game sensation Joust, the IGF booth showed that indies are responsible for lots of the games we’re starting to recognize in the larger marketplace.

More than that, though, the conference as a whole put independent creators in the spotlight. Many of the panels I attended were hosted by self funded or bootstrapped duos, studios, and individuals, speaking to packed houses about everything from cloning, to monetization, to music. Passion was on display everywhere, whether it was in the form of Alex Peake (whose Kickstarter edu-game about coding got funded for $170,000), or Tim Schafer (whose Kickstarter adventure game is about to close at over $3M).

2. Freemium is here to stay

Love it, hate it, think it’s the devil, but don’t ignore it: the freemium model is a massive train that won’t be slowing down any time soon. And as a mobile gamer maker (and in today’s market, statistics say there’s a good chance you might be!) you can either get on board, or hop off the tracks. At least that’s the prevailing wisdom.Appy Entertainment Brand Director Paul O’ Connor summed it up in a day 2 talk he gave about pivoting sales models: “Markets are never wrong, but opinions are.” As of late last year, 72% of all app revenue comes from purchases made inside the game; flash forward to late last week? 17 of the app store’s top 20 grossing apps (85%) have no price tag to download. Like it or lump it, the numbers don’t lie.

With that said, there’s an art to the pivot. Just because freemium’s here to stay, it doesn’t mean you will be if you don’t do things right. Your number one goal should still (and always) be to make a game that players can enjoy without monetizing, so that payment is given for extra fun, not the right to play at all. For God’s sakeplaythe games you make – if you don’t enjoy those wait times, or cool downs, what makes you think your players will? Freemium is a chance to blow up the “income ceiling” as a game maker – the sky’s the limit. But don’t forget to build a worthy rocket ship to fly there with.

The message is clear: now is a better time, with more tools, and more reasons than ever to make games. And take them big places. If you’re interested, stop coming up with reasons not to, and start right now.

During the “indie soapbox” session on Tuesday, Josh and I heard wonderful stories of a ton of different game creators and industry members. The one that struck a chord the most with me, however, was the five minute rant from Alexander Bruce – designer of mind bending indie puzzler Antichamber. He told the crowd about the long and short of his journey from designer in a bigger company, to makers of his own games. And one thing was a constant: he always went out on a limb. Unsure if he would make a certain meeting, or have any luck approaching an influential figure, he would always try. Because the best that can happen is infinitely rewarding, and the worst that can happen ain’t so bad at all.

Half-Canadian, Half-American, and made entirely from recyclable materials, Eli is the party end of this spectacular game development business Arctic Empire. Raised on a steady diet of 90s television and Pokemon battles in Vancouver, British Columbia, Eli went on to get a degree in Film, Communications, and Literature. Then, in a move that made absolutely no sense to anyone but him, he put his time right back into video games. On the side, Eli writes freelance about mobile games, and pretty much anything you can play. Find him on twitter behind this magical internet text. For more about Arctic Empire and their games, head to their swanky new website.

This article originally appeared on the Arctic Empire blog, and has been reprinted here with the permission of its author.