$250,000 up for Grabs in Hearthstone World Championship 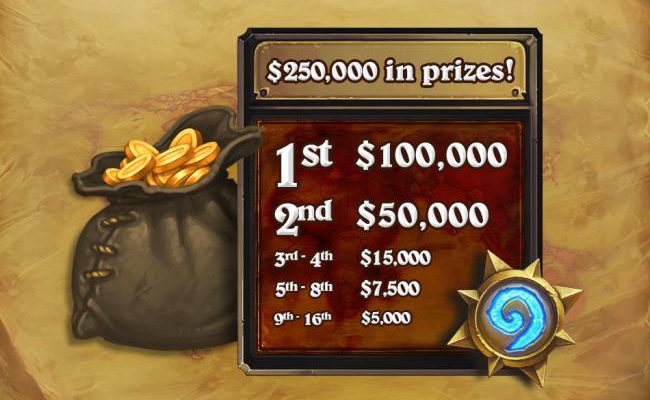 eSports is so very in right now. Clearly all the Dota 2 kids are into it. This year’s International (the game’s largest annual tournament) has raised nearly $6.5 million for the prize pool from in-game player purchases. That makes it the biggest eSports prize pool of all-time by a wide margin, and with months of fundraising left before the finals.

The Hearthstone World Championship’s $250,000 seems like small potatoes by comparison, but remember that whoever wins the $100,000 first place prize doesn’t have to split it five ways.

That winner will be one of 16 finalists selected from four qualifier hubs around the world. 130 players each from the Americas, Europe, China, and Taiwan/Korea will be whittled down to just 16 finalists. 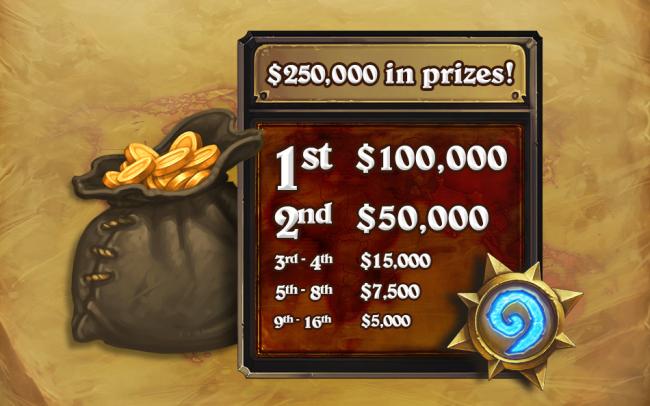 There are lots of ways to earn a spot in the Qualifiers, but I suspect most of the entrants will be people who are already very good at Hearthstone. If you’re one of “the top 16 Legend players” in a Ranked Play session between last April and this August, you’re in. The same goes for top community tournament players, the top three players from “select licensed events,” and winners of a Last Call tournament to be held before the qualifiers.

Blizzard has further information for the qualifiers on Battle.net, as well as details for each specific region. The Championship itself will happen at Blizzcon 2014 in Anaheim, California.

I’m quite intrigued by the idea of professional Hearthstone. With so many random elements I want to know how it holds up as an actual “sport” upon viewing. Obviously, there’s strategy involved, but it’s not just about skill – as in something like League of Legends or Dota 2.

Now seems like a good time to find out!