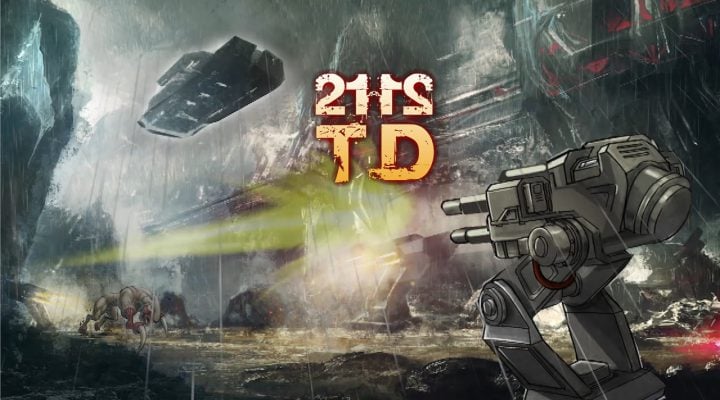 We’ve got some bad news for you. 100 years from now, the human race will be locked in a titanic struggle with “interdimensional flesh spawn”. Gross.

At least, that’s the vision being laid out by Refinery Productions, an indie developer whose debut game 2112TD is a slick, fun, cutting edge tower defense title that contains echoes of Total Annihilations, Command & Conquer, and other icons of the RTS genre’s golden age.

The gameplay takes place on huge isometric maps. Flesh spawn march inexorably towards your mobile command center, and you need to deploy towers to grind them into paste before they can reach their destination (although “flesh spawn” already sounds quite paste-like).

You’ve got several different tower types at your disposal, including flame thrower, artillery, machine gun, and plasma turret. And on top of those you’ve got air support in the form of airstrikes and tactical drones. It’s full spectrum warfare on your phone.

2112TD isn’t quite like other tower defense games on mobile. Not only is it rocking a nifty ‘90s aesthetic, but it’s highly detailed, dynamic and elaborate. You’ll need to roll up your sleeves and micromanage your forces, reacting to a constantly evolving situation on the ground.

And between bouts of human vs flesh spawn combat you’ll need to research new powers and abilities, while gathering tactical data to give you the upper hand. Your towers, meanwhile, can be upgraded to an experimental level, giving them extra firepower and charged attacks.

Since launching 2112TD a couple of weeks ago, Refinery Productions has been rolling out gameplay-tweaking updates based on player feedback, as well as releasing bootcamp videos explaining the many features of the game.

If you’re tired of the cookie cutter nature of free-to-play strategy and tower defense games on mobile, 2112TD is definitely worth checking out. For a start, it’s a paid release, so there are no ads or gameplay-distorting free-to-play dynamics.

The critics love it, with both Touch Arcade and Pocket Gamer naming 2112TD among their game of the week picks. Users on the Google Play Store have given it an average of 4.6 stars, while App Store players have given it 4.8.

You can download 2112TD right now on Android and iOS.