I’m entering into this year’s predictions far more humble than I did 2013’s. Why? Because I got everything wrong last year. But that’s ok – life is a learning experience, and I’ve learned to keep my predictions a tad more realistic. So with that in mind, I’M GONNA PREDICT SO HARD YOUR FACE IS GOING TO MELT.

Can I break the bad predictions curse? We’ll find out in twelve months. See you in 2015, doubters!!

(Geez, I really hope I got it right this time). 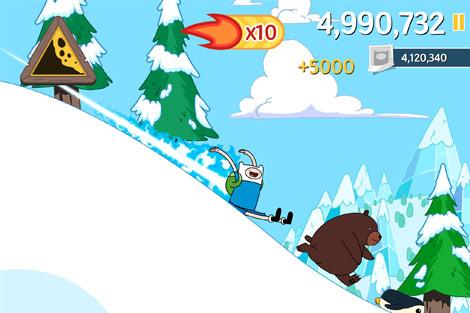 Disney has had a pretty great trick up its sleeve over the last few years, and nobody seemed to be copying it. At least, they weren’t. But hey – 2014 is just around the corner!

The trick I’m speaking of isn’t partnering with a hit mobile developer to make a new game, but partnering with them to re-theme their existing hits with Disney properties. Tiny Tower became Tiny Death Star. My Singing Monsters became My Muppets Show. Temple Run became Temple Run: Brave and Temple Run: Oz. The list goes on and on.

Outside of Disney there have been very few examples of this (though I suppose games like Angry Birds Rio and Doodle Jump Hop were doing this long before the House of Mouse). And partnering with great creators for new games has produced some surprisingly shabby results (I’m looking at you, Hunger Games: Girl on Fire). So what makes 2014 so different? Three words: The Cartoon Network.

While their Adult Swim brand of games offers some of the best that bite-sized gaming has to offer, the games under the actual Cartoon Network banner have been really hit or miss. Then, last month, they released Ski Safari: Adventure Time. It’s a move that’s straight out of Disney’s playbook, and I very much doubt that it will be their last – or that they’ll be alone in doing this.

Similarly, the popular Japanese marketing tool of collaborating on existing games seems to be making its way West. Want some proof? Check out this Puzzle & Dragons content update promoting Batman: Arkham Origins. Expect to see more of this in 2014.

Mobile developers will repackage their old games with minor tweaks and new names. This isn’t a trend I’m excited to see, but it’s one that already seems to be bubbling under the surface. Twice in the last month Gamezebo’s review crew has come to me to say “dude, we can’t review this – it’s exactly the same as a previous game from the same developer.” And when they say exactly, they mean it. We’re not talking about a re-skin or a new theme on an old concept – we’re talking exactly the same game.

From a marketing perspective, it actually makes sense. Make a great game that didn’t sell well in 2012? Give it a new name, icon, and description that will get more traction in the App Store in 2014. Or maybe change the monetization structure, replacing that 99 cent price tag with a free download that’s ad-sponsored.

Great games get buried in the App Store a lot. I can’t blame developers for wanting to repackage their existing content for a second chance at life. I just wish it wasn’t so damned misleading. 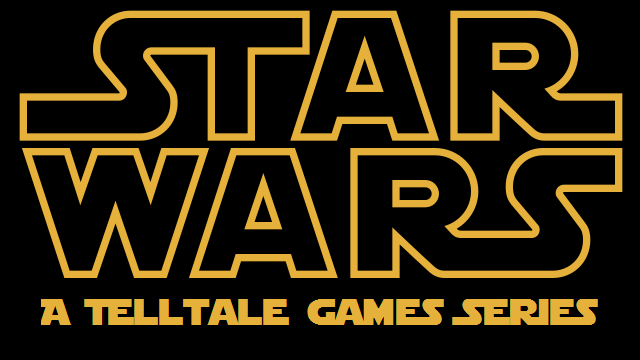 Telltale Games might just be the most creative game developer to never create its own IP. They came out of the gate with a pair of games based on Jeff Smith’s Bone, made a name for themselves by bringing Sam & Max back from the dead, and proceeded to develop games set in the worlds of everything from Monkey Island to Jurassic Park. Their first season of The Walking Dead was our pick for 2012 Game of the Year, we’re eagerly anticipating the next episode of The Wolf Among Us, and they’ve just announced games based on Game of Thrones and Borderlands.

In case you didn’t get the point, they make incredible games set in other people’s worlds.

That’s why it’s only a matter of time until they find themselves with one of the biggest franchises of all time in their laps. I’m not saying it will be Star Wars – but it will be something of that magnitude. Maybe Batman. Maybe Mickey Mouse. Maybe Indiana Jones. Whatever it ends up being, 2014 is the year that Telltale announces their biggest project yet.

And if I’m wrong… it’s only because they’re creating their own original IP that’s going to blow us all out of the water in 2014.

Early Access will move to AAA, but not mobile. Steam’s Early Access program has been a godsend for indie developers. We even went so far as to call 2013 the year of Early Access. In case you haven’t heard of it, here’s the gist: Early Access allows you to buy and play a game before it’s finished. From the moment you purchase you’ll have access to the game in its current alpha or beta state, and you’ll continue to get updates until the final product is made available – which you’ll now already own. It’s like the unholy lovechild of pre-orders, beta testing, and crowd-funding.

It’s proved incredibly successful – and when something works, everybody wants in. For the most part, Early Access is dominated by indie developers (as it should be). 2014 will be the year where we see this evolve into a business model that AAA developers grab hold of as well. Can you imagine how much more smoothly that SimCity debacle would have gone if EA had simply labelled it “early access”? Or how quickly they’d sell pre-orders if gamers knew they could get a taste of the next $60 game just by buying it early?

I wouldn’t expect this to remain a concept exclusive to Steam, either. Don’t be surprised if you start seeing the early access model pop up on the PlayStation Network or Xbox Live for big console games in the future. The only place I wouldn’t expect to see this is mobile. Attention spans are still a little too short on the App Store. For a game to succeed with an early access approach, it needs to be in a market where it can gain some longer term visibility. Besides – with the endless updates and tweaks most mobile games get, aren’t we already living the early access experience in our pockets?

To The Moon gets a free holiday minisode