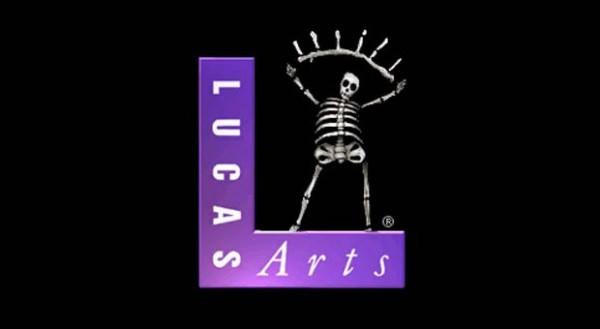 As the Editor-in-Chief of Gamezebo, these are mine. There’s a mix of industry observation, personal feelings, and unavoidable truths – but what I really want to write about are YOUR thoughts on what 2013 was the year of. Unfortunately for me, the only one who can do that is you.

Once you’ve read through my thoughts on the year, let us hear yours in the comments below! What do you think 2013 was the year of?

LucasArts’ untimely demise.  Mergers and acquisitions make the world go round. Ask any good capitalist and they’ll tell you the same. So when Disney bought LucasFilm in 2012 (and scored themselves a little film franchise called Star Wars in the process), gamers instantly found themselves wondering what this might mean for its subsidiary LucasArts.

Since Disney already has its own game development studios and is more than happy to partner with third-parties when the situation calls for it, you can probably guess where this one is going. On April 3rd, Disney announced that LucasArts would be closed for good. For classic gamers, this was a heartbreaker. This is the studio that gave birth to brilliant game creators like Tim Schafer and Ron Gilbert. Though if we’re being honest, in my heart, LucasArts died more than a decade ago – back when they shifted their focus from creating wonderful original games to churning out as many products as they could with the words ‘Star Wars’ on the box.

LucasArts still lives on as a brand, though in little more than a logo. You can see it most recently attached to the Disney Mobile/NimbleBit co-production Tiny Death Star. If you’re longing for the days of classic LucasArts, might I recommend giving Rogue Leaders a read? It’s the definitive story of LucasArts – though considering what happened this year, I think it needs a new final chapter. 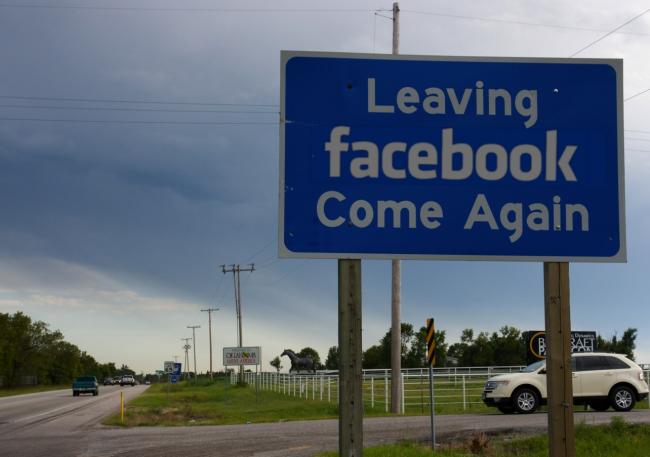 Developers giving up on Facebook. There was a time when everyone and their mother was racing to have the next big hit on Facebook. It was a time when Zynga dominated the market, and smaller players like Playdom and Playfish were establishing their own names on the service. These last two companies were eventually bought out by Disney and EA respectively in an attempt to dominate Facebook like no others could – but in 2013, everyone seems to have given up. Noteworthy Facebook game launches are the exception rather than the rule, now, and the launches that do happen are either simultaneously launched on mobile or destined for a mobile release if they prove successful.

Candy Crush maker King is #1 on Facebook nowadays, and you don’t have to look much further than their strategy to see where Facebook now falls in the scheme of things. They create an idea on King.com, and if it succeeds they make it a much bigger game for mobile. In between these two waypoints, the bigger mobile game is first launched as a Facebook title so that they can work out the kinks and smooth it into a better experience. Do you hear that, Facebook? You’re where King soft launches its games for testing. 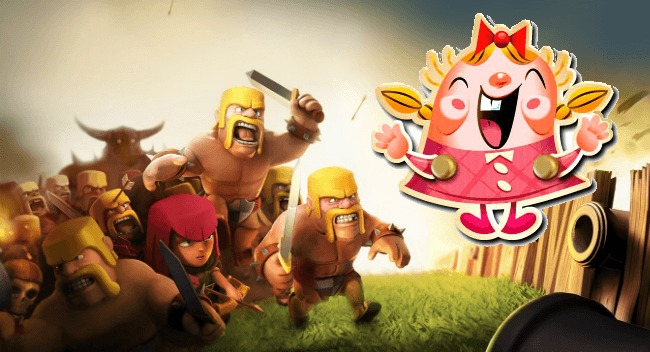 Candy Crush Saga & Clash of Clans.  If you need more evidence that Facebook-style gaming is far more at home on mobile nowadays, all you have to do is look at Apple’s Top Grossing chart. The top 10 is almost always exclusively free-to-play, with games like The Simpsons: Tapped Out and MARVEL War of Heroes seemingly permanent fixtures. No two games have done quite as well on this list, though, as Candy Crush Saga and Clash of Clans.

These two games have been duking it out in the #1 and #2 spot all year long – and despite wildly different gameplay, they have more in common than just being free-to-play. For one thing, they’re both the creations of Nordic developers. Candy Crush Saga is made by Sweden’s King, while Clash of Clans creators Supercell hail from Finland (much like another mobile mainstay, Angry Birds creator Rovio). For another, they’re both made by developers who seem to want to stick with a winning formula when they know it. King’s latest game is another match-3, Pepper Panic Saga, while the next game from Supercell is Boom Beach – a modern military take on Clash of Clans style gameplay. 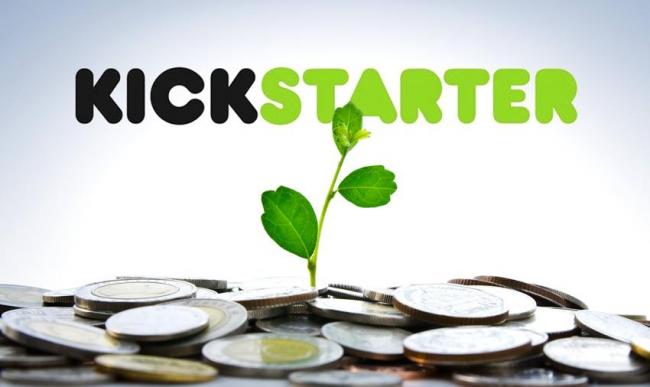 Kickstarter Fatigue.  There are probably a lot of reasons for it, but this seems to be the year that our love affair with Kickstarter came to an end. It certainly did for me, anyways. Maybe it was games that failed to live up to their promise like Star Command. Maybe it was the nightmare in dealing with getting the items we’ve backed, like OUYA. Or maybe it was just the games that missed their expected deadlines by months (or even years.) Whatever it was, it seems that the enthusiasm that surrounded crowd-funding in 2012 has dwindled in 2013.

I suppose if I had to really peg one specific reason crowd-funding lost its luster for me, it’s that the majority of projects that get any traction are the ones that don’t belong on Kickstarter in the first place. It’s the games from major developers asking upwards of a million dollars. On the one hand, I love that it’s giving these developers an opportunity to work outside the system. On the other, it seems as though it’s burying the guy trying to make a game out of his garage for $1,400.

There was a time when a big project could call attention to Kickstarter and help the little projects, but I feel like the pendulum has swung the other way lately. The big guys are blocking the sun, leaving smaller developers out in the cold.

Early Access.  If there’s one positive to come out of our brief love affair with crowd-funding, it’s that developers now know that gamers are willing to pay to help a project get made. Steam ran with this idea and created the Early Access program: gamers can buy an unreleased game at full price and start playing on day one, be it in alpha or beta status. It’s a simple idea that solves the “I kickstarted a game two years ago and I still haven’t played it” problem that has plagued so many crowdfunded projects. And from what we can tell, it’s working. As I type this – despite the Steam holiday sale being underway – the recently launched Early Access game DAYZ is the store’s top seller.

While it’s tempting to give Steam all the credit, I suppose we should really be thanking Introversion Software. Their experiment with this model for 2012’s alpha release of Prison Architect proved that it’s not just viable, but viable enough to raise more than $270,000 in its first two weeks alone. As of this writing, the game has now made nearly $8 million – and it’s not even in beta yet.

RE: Alistair++ gets a sequel with Backstage Pass

Create your own Prince of Persia levels