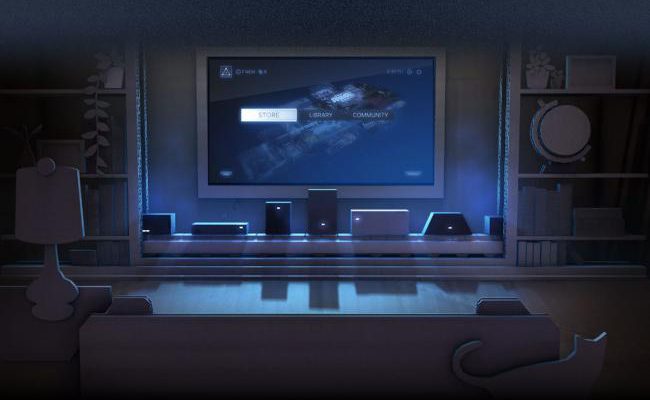 As 2013 draws to a close, it’s time to look ahead to what 2014 might bring in our great parade of Gamezebo predictions. Before we do, though, I think it’s important that we hold ourselves accountable for the sins of the past: namely, our 2013 predictions.

Were we right? Were we wrong? There’s only one way to find out. Check out everything predicted by Gamezebo Founder Joel Brodie, Editor-in-Chief Jim Squires, and former Associate Editor Dant Rambo at the beginning of 2013 to see how right we were. (SPOILER: we were about 67% right).

We’re going to pass verdict in the four following ways: YES, NO, DEBATABLE, UNKNOWN. Agree with with our opinions? Let us know in the comments, and stay tuned for our 2014 predictions starting tomorrow!

The iPad Mini will be the best-selling game device of the year: DEBATABLE. The sales figures aren’t public quite yet, but that doesn’t mean there isn’t plenty of speculation to go around. The Motley Fool are estimating that 12-13 million iPad Mini Retinas and iPad Airs have been sold, with both devices launching in 2013. That doesn’t even factor in the older models. Both the PS4 and Xbox One launched this year, racking up around a million sales each in their first 48 hours. With limited stock, it seems unlikely that they’ve come anywhere near Apple’s numbers quite yet. 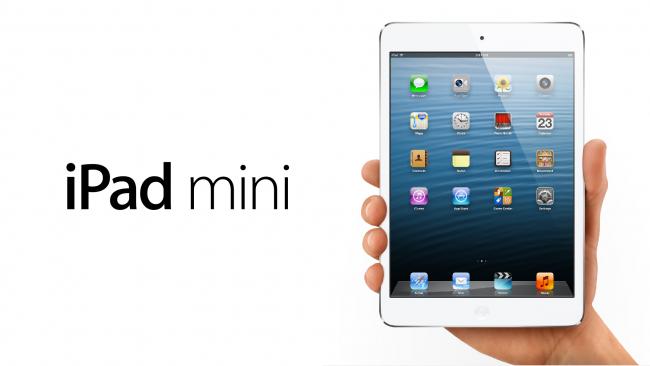 Nothing ‘mini’ about those sales figures

China comes of age: YES, though maybe not as Joel had thought. Rather than Chinese success in the West, things seem to be the other way around. Games like Hearthstone and Plants vs Zombies 2 are doing well in China – and in some cases, even inspiring some pretty successful clones.

Microsoft continues to flounder: YES. The Xbox One announcement was a disaster, the head of Xbox jumped ship and went to Zynga, and Microsoft Surface just isn’t selling like they need it to. I’ll give them points for turning around the Xbox One, though: what launched was a product that was vastly different than the calamity they’d announced in May, and the sales certainly seem to reflect that.

The OUYA will release to great fanfare, but will not be a business success in 2013: YES. Even with a troubled launch, there was a good deal of celebration about the OUYA’s potential and more than enough media coverage to spread the word. We don’t know if it’s turning a profit or not, but it seems as though the industry has collectively labelled it a flop. And that’s a shame, because I still really like mine.

Zynga lays of 25-50% of its staff: UNKNOWN, BUT PROBABLY YES. In February they closed three studios and consolidated their New York City offices. In June they laid off 18% of their overall staff. I can’t say for sure if that crosses the 25% mark, but I’d be surprised if it didn’t.

The last mile of gameplay is transportation: DEBATABLE. There were games on the backs of airline headrests before 2013, and I don’t think I’ve seen the phenomenon spread much from there. Having said that, when was the last time you were on a train where half the passengers weren’t playing something on their phone? 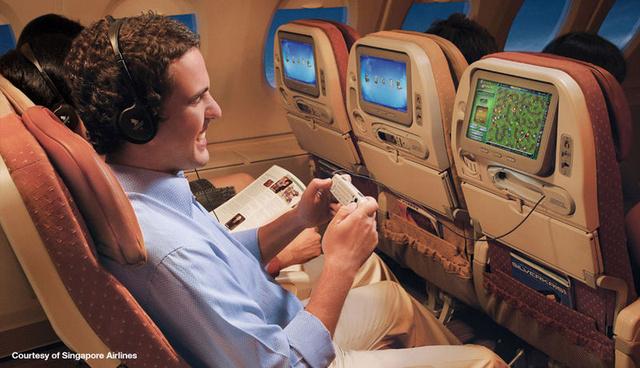 Don’t think about how you’re in a metal tube hurtling through the sky. Play Tetris instead.

Amazon will successfully release a smartphone in 2013: NO. It just didn’t happen. There’s rumor that it might in 2014, so maybe Joel was just a little too ahead of the curve on this one.

There will be a political backlash against hardcore games: YES. In the wake of another tragedy that the media was quick to blame on video game violence, Vice President Joe Biden did something unexpected: he reached out to the video game industry to ask for input. After receiving the request from the VP, Nicole Lazzaro shared her thoughts right here on Gamezebo. Continuing the hot topic, Biden said in May that he can see no legal reason why we can’t tax violent video games. In a nutshell – violent video games were a hot political football for some of 2013.

Raspberry Pi will have a huge influence on gaming: NO. As super cool as it may be, Raspberry Pi remained the domain of hardcore enthusiasts. Will these folks go on to take their learnings from Pi into the next generation of gaming? Only time will tell.

Gaming on SmartTV’s will be popular, but won’t have a significant impact on the industry: YES. Anyone who’s bought a new TV in the last year has had the pleasant surprise of learning that it’s basically a giant iPad with a really limited app selection. People who own them dig them, and – at least the folks I know – have been happy to play around with games on them. But it’s not a real destination for gaming; just a fun curiosity.

Developers will find more success on Android: YES. If 2013 was anything, it was the year that Android became more than an afterthought for developers. Plenty of gamemakers are finding success exclusively on Android, while others are finding better visibility for their games through promotions like the Humble Bundle for Android.

Valve’s Steam Box will release, prove incredibly healthy for the industry: NO, but only because it didn’t release to the public yet. People who need access to the Steam Machine have it and love it. In 2014, this prediction is going to be an all caps YES – of that I have no doubt. 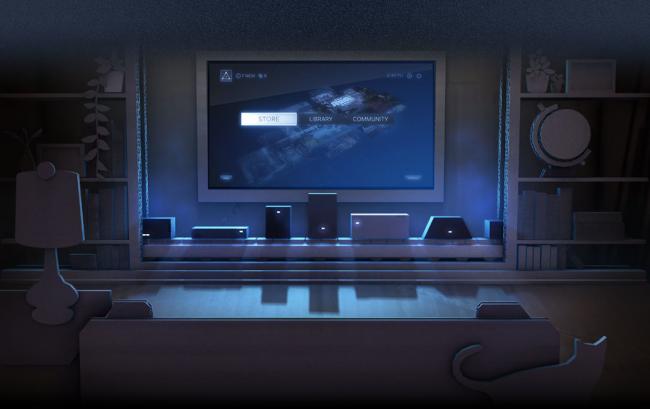 Steam is coming to your living room. Prepare yourselves.

The Kickstarter Honeymoon will come to an end: YES. SO MUCH YES. If you’re looking for reasons, be sure to read yesterday’s article 2013 was the year of… Kickstarter Fatigue.

Social/mobile and console games will happily co-exist: YES, MOSTLY. Here’s a fun buzzword from 2013: second screen. That’s when you can use your smartphone/tablet to extend your console gaming experience. A lot of games tried it this year, and it was a big deal at E3, but it seems to have met with middling results. Still, all things have to start somewhere. Between second screen and console quality experiences like Oceanhorn and Assassin’s Creed Pirates, I think we can check this prediction as a yes.

Kongregate will provide Facebook with some serious competition: DEBATABLE. Kongregate didn’t quite become the all-knowing, all-seeing, tap-dancing platform I was expecting in 2013 – but Facebook did manage to take a tumble as a gaming destination (more on that here). But ultimately, mobile seems to be wiping the floor with both. That’s probably why Gamezebo favorite Outernauts will be leaving both Facebook and Kongregate in January to focus on the launch of a new iOS version.

Google will try to address piracy on Android: NO. I’m currently playing Pokemon Red on my Nexus 7. End of story.

Tim Schafer will make a game based on a LucasArts license: NO. Not only did this not happen, but Disney killed LucasArts dead back in April. Maybe that means they’ll sell Schafer the IP’s for a song? Nah.. we’re not that lucky. The best we’re going to get is Rob Gilbert’s If I Made Another Monkey Island article. 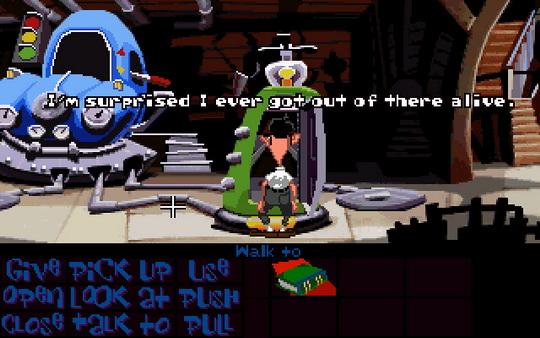 Dammit, Tim! We want more Day of the Tentacle. ALWAYS.

Xbox Live with compete head-to-head with Game Center on iOS: NO. This didn’t even a little bit happen, and the Microsoft invasion of iOS has more or less ground to a halt. It’s a shame, too. Tentacles: Enter the Dolphin ruled.

A fully-fledged Pokemon game comes to iOS: NO. But I’ll happily point out three things, two of which you’ve already read about in this article. 1. Thanks to endless piracy on Google Play, I am currently playing Pokemon Red on a Nexus 7. 2. Outernauts is coming to iOS, and it’s the only free-to-play Pokemon alternative I’ve ever played that I’ve loved as much as the real thing. 3. Rumor has it that Nintendo is working on an Android tablet, and Reggie Fils-Aime has even gone on record as saying that they’re exploring smartphones as a possible marketing tool. Maybe we’ll see Pokemon on iOS in 2014?

Deal of the Day: Kentucky Route Zero is 50% off