Home / News / 12 new “With Friends” trademark applications filed, but not by Zynga

12 new “With Friends” trademark applications filed, but not by Zynga 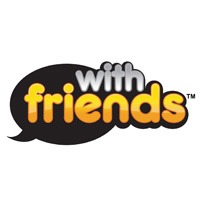 Combining asynchronous multiplayer with classic gaming formulas is quickly becoming big business, and Zynga knows it. That’s why they acquired Newtoy, the developer behind such hits as Words With Friends, Chess With Friends, and Hanging With Friends. In fact, Zynga thinks it could be such big business that they’re trying to trademark the term “With Friends” to protect their branding. And it looks like they’re doing so with good reason – Fusible.com is reporting that inXile Entertainment’s CEO Brian Fargo may be trying to trademark 12 different “With Friends” games of his own.

12 different trademark applications were filed with the US Patent and Trademark Office on August 9th by a company called Roxy Friday, LLC. Fusible reports that Brian Fargo is an active officer with Roxy Friday, and that included in their previous applications was a game called Platform Racing – an iPhone title that was released by – you guessed it – inXile Entertainment.

So what titles are Roxy Friday, LLC trying to trademark?

Not that I’m looking to pass judgement here, but how exactly do you play Solitaire With Friends? I mean – it’s right in the name. Solitaire.

Despite my personal criticisms (hey – I’ll be as excited for Farkle With Friends as anybody) it seems like a smart move to get all of these trademarks in now before iOS 5 comes out next month. The latest version of Apple’s mobile operating system will include a ready-to-use asynchronous multiplayer option through Game Center that developers can take advantage of, and at that point the floodgates are going to open. We’ve heard from more than a few developers who are eager to take their existing products and add the feature, so there’s no doubt a slew of new titles in the works that will be doing the same.

And if Roxy Friday can’t secure the trademarks for some reason, a little twist on the phrasing couldn’t hurt too much. After all, it worked for the Battleship-inspired PirateFleet For Friends.