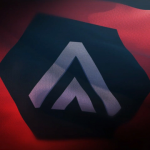 Well, now we’ve done it. By we, I mean humans, and by done it, I mean we’ve taken the fight directly to the aliens responsible for invading Earth in the Anomaly series of tower offense games from 11 bit studios. For the final installment, Anomaly Defenders, there’s only one thing left to do: flip everything around.

Not only will you be playing as the aliens this time, you’ll be doing so in what 11 bit calls the “first ever Reverse Tower Offense game.” You may also know it as tower defense, but perhaps that’s just a matter of semantics.

In any case, you’ll have to master eight types of towers, each with their own strengths and weaknesses against different human units. Research in various tech trees will allow upgrades to the damage, armor or critical hit chances of your towers, and since the humans are determined invaders, you’ll have to make tactical decisions in real time instead of sitting there and letting your towers do all the work.

Without learning from what 11 bit assures us will be repeated failures, the aliens will die, and apparently we care about that now. Anomaly Defenders is coming for smartphones, tablets and PC later this spring, and if you still need a reason to be properly motivated to fight against your own species, the first trailer should put you in the proper frame of mind.

Clear Your Weekend: FTL and Hearthstone are now on the iPad