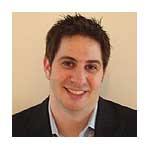 In 1001 Arabian Nights, Queen Scheherazade tells a new tale every night to her husband, the King Shahryar, to delay her imminent execution.

If we were to modernize this classic tale to the casual game era, I imagine we’d call it 1001 Zuma Nights. That is because every week, a new casual game inspired by Zuma is released on the Internet.

For those of you who don’t know or have been living under a rock the past few years, Zuma is an arcade/puzzle game launched by PopCap where you are a frog that shoots balls to remove 3 or more balls from a chain of moving balls before they reach the demon/hole/very bad place where balls go when they die. To be fair, Zuma itself is highly derivative of the classic PlayStation game Puzzloop/Ballistic.

There are some in the developer community who say that the Zumarization of casual games stifles innovation and is bad for casual games. To this I disagree.

Having reviewed a dozen or more Zuma-inspired games in the past six months, I believe there is more innovation in a Zuma-inspired game than is appreciated. What amazes me is not how similar but how different they are to each other.

Somehow, developers are able to take the exact same game and add a little twist that changes the game experience completely. I don’t know how they do it, but it’s the never the same game twice.

Here are just a few examples:

– LUXOR 1 & 2: It’s Zuma meets Breakout. You shoot balls from the bottom of the screen and catch power ups that fall.

– Karu: You catch balls as they fall from the sky and drop them to make chains of 3-in-a-row.

– Dynasty: You direct a dragon to grab balls and drop balls into the moving chain of balls.

– Sweetopia: You can choose between shooting from 2 cannons and bounce balls against the walls.

– Birds on the Wire: It’s Zuma meets Snood, but you are shooting animated birds instead.

– Chameleon Gems: You purchase items and skins that impact your power ups and how you play the game.

– Bengal – Game of Gods: In what I consider the most under-rated Zuma-inspired game, the track of balls actually moves while you play.

– Atlantis – Sky Patrol: An upcoming Zuma-inspired game from Big FIsh Games recently previewed on Gamezebo, featuring the ability to connect two mouses to the PC to play multiplayer, new power ups, and a new twist on how to stop the chain of balls from rolling in.

If you are not convinced how different these games are, I invite you to click over, read the reviews, and play the games for yourself.

The moment that every Zuma style game (or Diner Dash like game, for that matter) is the exact same, I’ll be the first one to pick up my sign and say the sky is falling. Heck, maybe I’ll file a lawsuit because that’s the American Way.

But as long as casual game developers continue to bring as much innovation to Zuma-inspired games as they do to an entirely new game concept, I say: Bring them on. I’ll keep on playing.

Have an opinion about casual games and want to write an editorial? Send us a note at [email protected] and if we like your idea, we’ll work with you to post it up.