10000000 matches/runs/RPGs its way over to Android and Linux 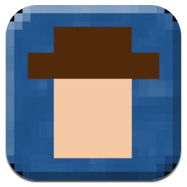 As I acknowledge in the oh so clever headline of this post, 10000000 (that’s seven zeroes) is a mutt of a game. More to the point, however, it also appears to be a rather nomadic one. After spending some time on iOS, Mac, and PC, the fast-paced puzzler is making its way to Android and Linux this Thursday. Hope you’re ready to match some threes!

For those who haven’t had a chance to play it, 10000000 is a game that borrows elements from the match-3, runner, and RPG genres, melding them together into an experience that’s, at the risk of sounding cliché, super addictive. The main goal of the game is to safely navigate a dungeon and rack up a score of—you guessed it—ten million. To do this, you must fight monsters, open chests, and match together items in the bottom part of the screen. Is it a lot to juggle? Kind of! Is it a lot of fun? Most definitely!

Luca Redwood of EightyEight Games—developer of 10000000—informed us in an email that “not a lot has changed” in these new ports. The Linux version should be incredibly similar to the PC release, and the same could be said of the Android and iOS versions. In other words, don’t you dare start arguing about which platform is the best of the lot.

Besides, everyone knows that even the best of the best platforms take a distant second place to that of the glorious Virtual Boy.