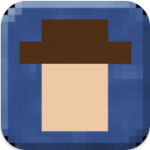 iOS darling and murderer of productivity 10000000 is arriving tomorrow on Mac and PC, developer Luca Redwood stated in a press release. If you never got around to playing the match 3/RPG hybrid before, here’s your last chance to amend that before we start silently judging you!

OK, so we won’t actually judge you. But 10000000 was #4 on our Best Match 3 Games of 2012 list, which is a pretty impressive feat when you consider how full up that genre is. It pairs RPG mechanics—leveling up, upgrading equipment, defeating baddies—and match 3 puzzle gameplay in a really interesting way, and its old-school graphics do a great job of scratching that fickle nostalgia itch.

The game will be distributed through Steam, and feature Steam Achievements, improved gameplay, and a few other fancy knick-knacks. There hasn’t been any sort of pricing announcement, but with the iOS version available at $1.99, odds are good that it will be pretty cheap.