Home / News / 10 SEGA classics that belong on the iPhone

10 SEGA classics that belong on the iPhone 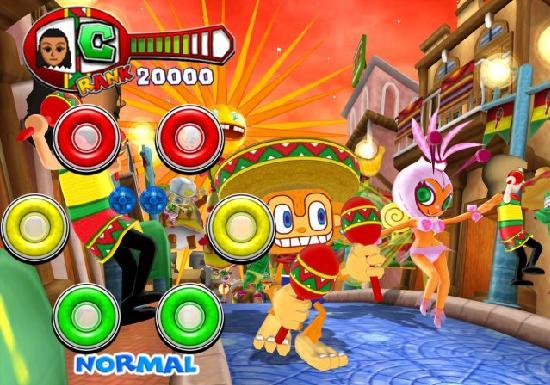 With today’s much anticipated launch of Sonic the Hedgehog 4, and their recent success porting Genesis-era classics like Shining Force and Phantasy Star II, SEGA has finally begun to cement its position as a leading producer of quality iPhone content. And with such a massive back catalogue of hits, it’s only a matter of time until some of their past accomplishments see new life breathed into them with an iPhone adaptation.

Samba De Amigo – Back before gamers fancied themselves heroes of the guitar or bands of rockers, SEGA introduced us to the world of peripheral-based music games with Samba de Amigo. Using two maracas, players would shake in time to the music, reaching up high and down low depending on the on screen instructions.

Thanks to the accelerometer, shaking the iPhone in time to music could be a breeze. Seeing what’s on screen to know which direction to shake might be a bit of a challenge, but hey – I’m not developing them game here – I’m just brainstorming. Let’s hope better minds than mine can figure this one out, because I think we’re long overdue for a portable visit from everybody’s favourite musical monkey. 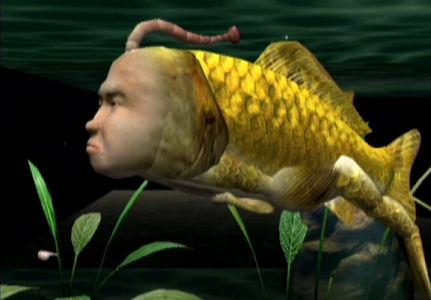 Seaman – Equal parts pet simulation and creepy aquatic roommate, Seaman was the brainchild of famed developer Yoot Saito. In it, players would interact with and raise a fish with a human face. They’d talk to their “seaman” using an included microphone, and it would learn some basic things about its owner, which it would later bring up in conversation. The objective was to evolve your seaman into a frogman, and you’d have to figure out how to go about this through trial and error.

It’s a simple idea, and it could be a great fit for the iPhone. So long as they don’t mind talking to their creature with through the iPhone’s microphone, players could easily carry their half man/half fish pet along with them like a 21st century Tamagotchi. Saito had a similar idea in the works for the iPhone about a caveman called GABO, but the project was seemingly scrapped after Apple rejected it due to its “unpleasant gameplay.” 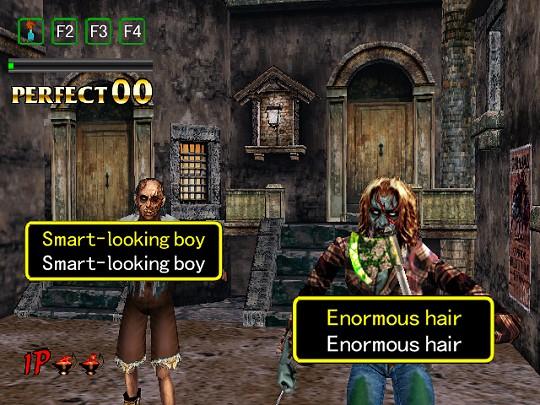 Typing of the Dead – Mastering the iPhone’s keypad can be something of a challenge for those who don’t spend their days texting and emailing up a frenzy on the go. Why not get a little help from an evil, undead typing tutor?

Originally appearing in Japanese arcades back in ’99, Typing of the Dead quickly became the go-to game for Dreamcast owners who were looking for an excuse to use their keyboard. Based on SEGA’s arcade shooter The House of the Dead II, players typed word that appeared on the screen to take out an onslaught of zombies. Don’t think it would work on the iPhone? Why not try the recently released spoof Texting of the Bread and get back to us. 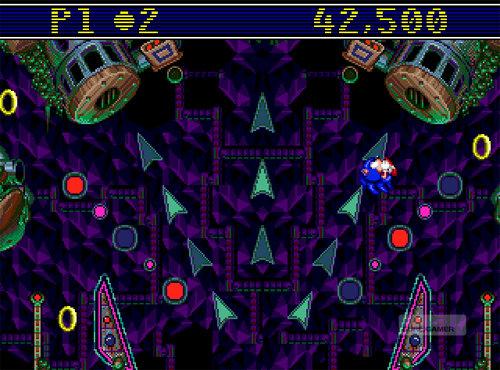 Sonic Spinball – Pinball has found something of a home on the iPhone and iPad in the last year or so, and few games have ever tried to reinvent pinball as ingeniously as Sonic Spinball. Inspired by the popularity of the Casino Zone in Sonic the Hedgehog 2, Sonic Spinball took everyone’s favourite blue hedgehog on an adventure spanning multiple tables, with all kinds of cool goals to accomplish. An updated version tailor made for iOS devices could capture than fun while bringing in all the style and flair of Sonic 4.

Mind you, we’d even be happy with Sonic Pinball Party – the more traditional pinball offering that graced the GameBoy Advance a few years back. I think the important thing to remember here is that Sonic and pinball are a winning combination no matter how you slice it. 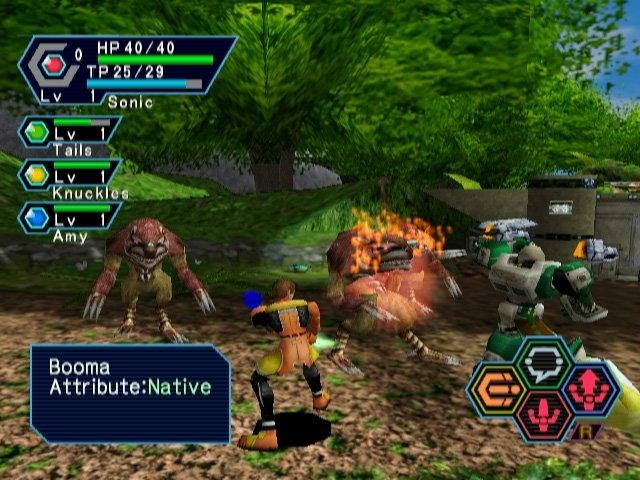 Phantasy Star Online – The cult-like status of the PSO franchise may have cooled in recent years, but with games ranging from Pocket Legends to Yslandia all trying to establish themselves as the leading portable MMO, how hard could would it possibly be for SEGA to swoop in with their already existing product and take the crown?

With a strong visual polish, a tendency towards pick up groups, and some relatively slow-moving action (when compared with desktop MMO’s) Phantasy Star Online would have no problem carving out a niche for itself on the iPhone. Of course, with SEGA already looking to tackle the iPhone MMO market with the upcoming hybrid game Kingdom Conquest, it seems like the company is setting their sights on treading new ground. 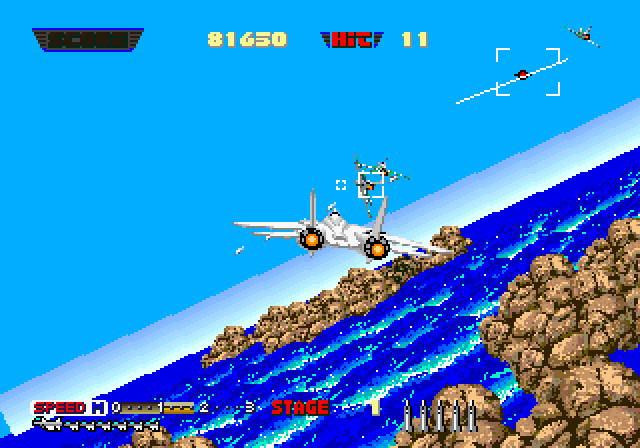 After Burner – Flight sims are nothing new on the iPhone. In fact, there are a handful of flight sims on the App Store already that play like little more than reskinned versions of this arcade classic. Just look at Top Gun 2. If you’re not sure the formula is going to work, I can understand holding back – but come on SEGA, other people are already making money mimicking what you do best.

There was a brand new After Burner game released on Xbox Live and Playstation Network earlier this year, so we know somebody at SEGA has their hands on the flight stick. Now if only we could get them to steer it towards the App Store… 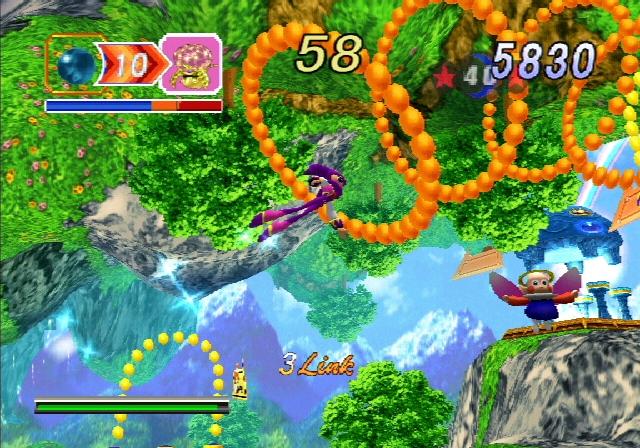 NiGHTS Into Dreams – It might masquerade as a 3D adventure, but in all actuality, NiGHTS is really just an acrobatics game presented in 2.5D. It may sound nitpicky, but when it comes to a successful jump to the iPhone, this really makes a difference. The 3D presentation is nice and all, but with it’s 2D gameplay, NiGHTS is an outstanding candidate for a tilt-based transformation.

Passing through a seemingly never-ending supply of gates, players could tilt their iPhones in whatever direction needed to guide NiGHTS through each and every level. With a cult following, gamers would no doubt love to see a return of this SEGA Saturn classic – even if they did just get a fresh taste of the franchise on the Wii. 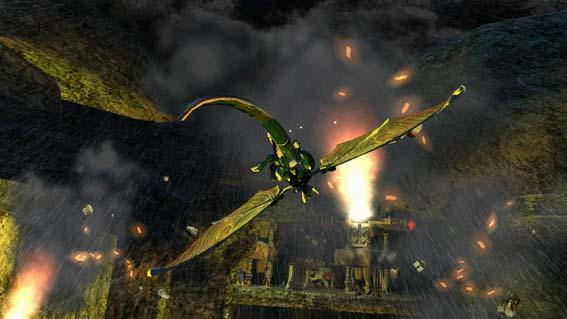 Panzer Dragoon Orta – Rail shooters seem like a great genre for the iPhone, but thus far we haven’t seen any runaway hits of this nature. The Panzer Dragoon series, with its epic landscapes and tight gameplay, could be the title that finally gets the genre some notoriety on mobile devices.

A healthy combination of tilting and tapping would mean players could guide their dragons while tapping away on the enemies that appear on screen.

As much fun as Panzer Dragoon Orta is, I’ll be the first to admit that Rez would have been my #1 choice for a rails shooter on the iPhone. Why didn’t it make the list? While SEGA may have published it originally, it seems to have changed publishers a few times since then, so it just doesn’t fit into a SEGA-centric list. 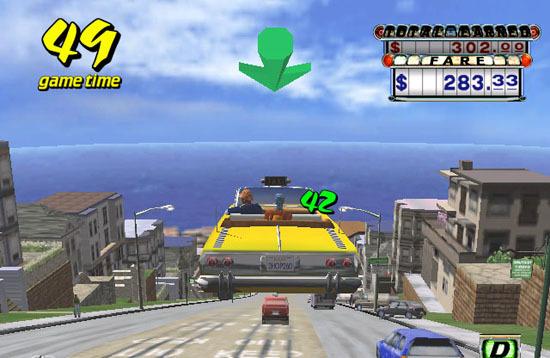 Crazy Taxi – There are a lot of racing games on the iPhone. A lot. But for my money, there still hasn’t been a driving experience that captures the quick play spirit of the iPhone. Enter Crazy Taxi.

A game about quickly picking up and dropping off fares, this arcade experience always felt a little ill-fitting on home consoles due to it’s incredibly short play time – each game lasts only a few minutes from beginning to end. But it’s that short play nature that makes it a perfect match for the iPhone. Fast, frantic, fun – and easily adaptable to tilt controls – this has the potential to be the best driving game on the App Store. 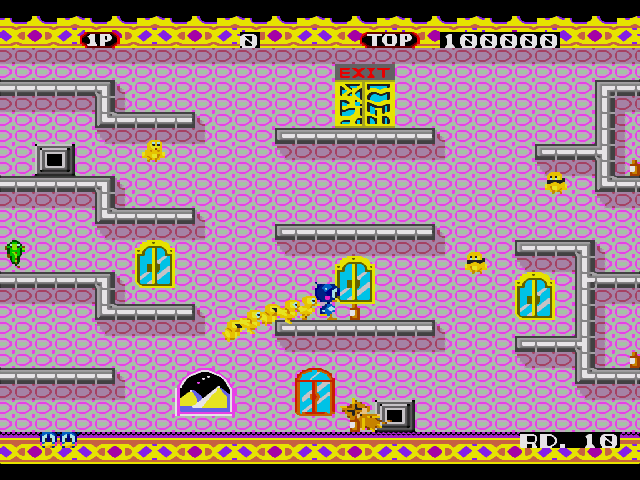 Flicky – As a personal favourite, I’m going to go on record as saying Flicky might just be the best SEGA game that nobody talks about. Playing as a blue bird named Flicky, players navigate a series of platforms to gather up a group of lost chicks and guide them back to the exit.

The levels are quick, the gameplay is simple, and the challenge is deeply satisfying the longer you survive. Another great candidate for tilt controls – you’ll be guiding Flicky back and forth from left and right on a regular basis – Flicky could offer up a bite sized dose of nostalgia while simultaneously introducing this hidden gem to a whole new audience.

Honorable Mentions – A list is only as good as the entries on it, so we’d like to apologize to fans of Genesis-era gems like Ristar, Vectorman, Toe Jam & Earl, and Gunstar Heroes. All great games in their own right – many of which are more likely to show up on the App Store than any of the games on our list – but if we were to list every SEGA game worthy of inclusion, we’d probably have to publish it as a book.

So tell us – what games did we miss?

Smell this game and buy it