By Maria Alexander | 2 weeks ago 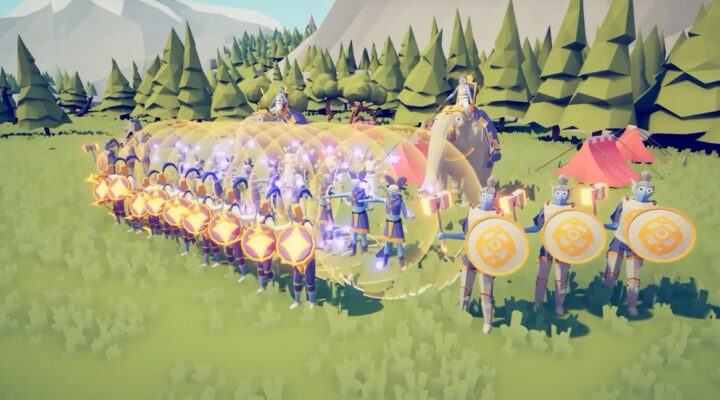 TapTap Presents, hosted and facilitated another successful digital showcase this week over the weekend, showcasing information on 24 games.

Go Go! Muffin and Etheria: Restart, the turn-based RPG made in Unreal Engine 4, also made their debuts alongside many others, including the latest instalment of the classic cross-platform ARPG franchise Torchlight: Infinite, revealed updated gameplay and new hero, Thea, to be released in October. If you’re into team sports or games T3 Arena is a great option – whereby players team up with friends and jump into the Arena anytime.

And option two would be pre-registering for CAPTAIN TSUBASA: ACE – exclusively revealed on TapTap Presents by the well-known publisher DeNA. It is a multiplayer online soccer game where you become your favorite celebrity athlete from the anime and experience perfectly recreated plays.

Also worth a look for team-oriented game lovers is Genshin Impact. In this version, new companions and adventures are introduced into the journey to Sumeru.

Raising the chatter meter amongst event fans and attendees last weekend was an impressive roster of games also all currently available to pre-register on the TapTap app. Some of those game names included the mobile edition of popular multiplayer action game NARAKA: BLADEPOINT Mobile, plus brand new details about the mobile version.

Sword of Convallaria: For This World of Peace, the pixel-style wargame independently developed by XD Inc. (and composed by renowned artist Hitoshi Sakimoto) is available for pre-registration, with a multi-platform experience for all devices in the works. The alien-themed 3D hunting ARPG, Yeager: Hunter Legend, announced open BETA available later in the year. TapTap Presents 2022 is the third instalment of an hour-long showcase featuring exciting announcements and reveals. It’s anticipated by gamers around the world and viewed by millions of fans each year. The show has garnered a total of more than 20 million views to date from English and Chinese speaking audiences alike, and TapTap is becoming known for cultivating community in player to player, and player to developer relationships.

“We are excited to have concluded another successful showcase, introducing remarkable new titles to the TapTap community and gamers around the world,” said Huang Yimeng, Co-Founder and CEO of XD Inc., the company responsible for the production of TapTap Presents. “We strive to release quality content and generate new games of high caliber through the combined efforts of TapTap and XD Inc.” He adds, “It’s through the support of our players that we’re able to continue these efforts and grow our audience year after year.”