10 of the Best Games From The Indie Game Maker Contest 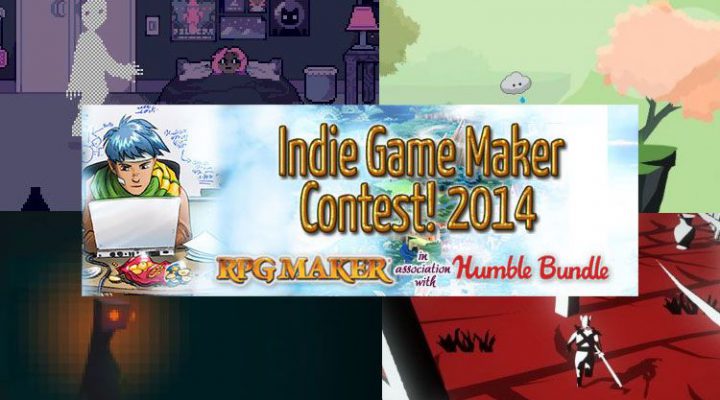 Between May 29th and June 30th, hundreds of independent game developers poured their free time into developing a game for the first ever Indie Game Maker Contest, hosted by RPG Maker and Humble.

Nearly 700 games were submitted during the contest, and below are ten of the best.

Voting remains open to the public through the 31st of July. The winners will be announced at a later date. 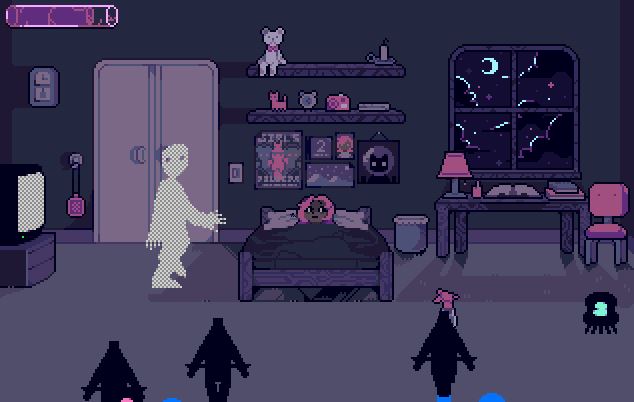 Protect a girl stuck in limbo between the real world and the nightmare world. Use items in her room to fend off the approaching nightmare creatures. Each creature requires a different method for removal. Some of the creatures are surprisingly creepy for being just a few dozen pixels big. 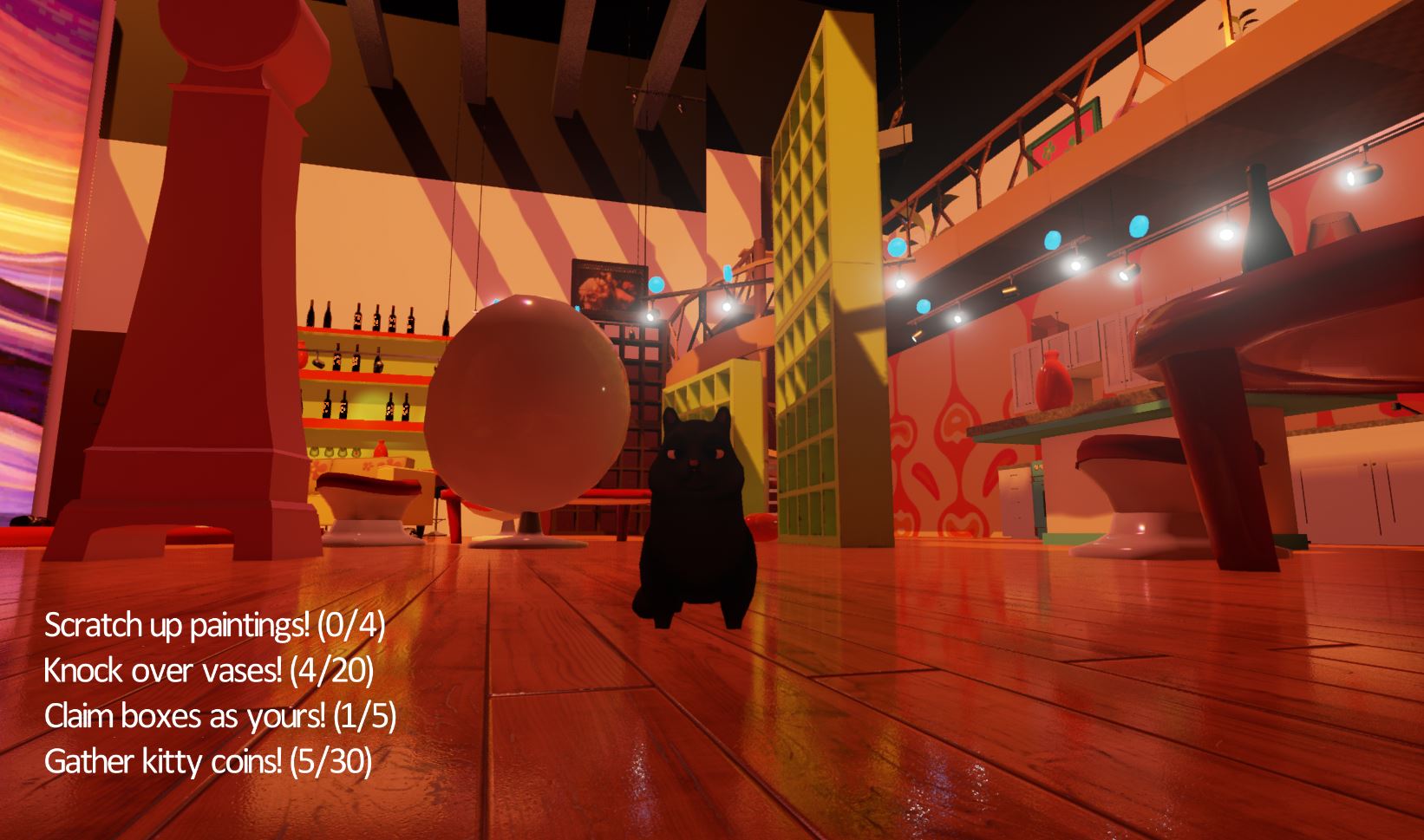 It’s kind of like that Cat-lateral Damage game, except Purrkour looks way better and gravity is way more realistic. Players have to time jumps and approach walls and flat surfaces from certain angles in order to pull off some of the pounces. You know you want to knock all those wine bottles down.

Kaleid is an intense short-round shooter where you fight to survive in a kaleidoscope-like environment. When you destroy enemies, pieces of them remain. Fly over those pieces to have them collect around your ship and shield you from other enemies. It gets intense quick. 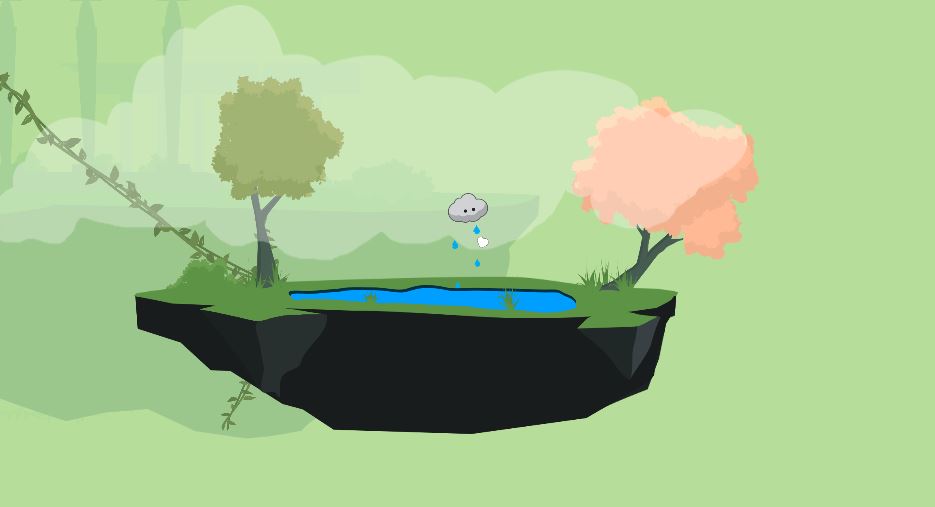 You are a cloud who must save the other clouds from a spell which has locked them away. You must utilize your abilities as a cloud to unite the elements and free your cloud friends! (Pro-tip: freeze the lake before you burn the roots.) 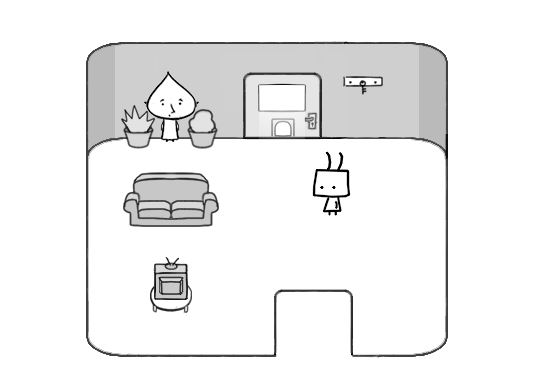 Oh! Ko! is a fun little adventure game featuring a silly cast of characters, talking toast-man for one, and a really catchy soundtrack. In fact, I’ve been listening to the music while I write this article. It’s really nice! 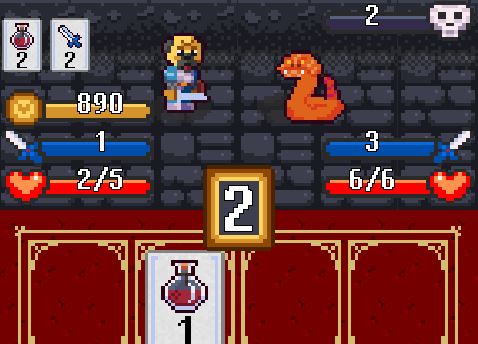 This is probably the game I sunk the most time into. The player (the dog knight on the left) has to fight through fifteen mini-levels of enemies in order to get to the dragon boss, which the dog must then slay. Player swipe cards Threes-style to match the cards and increase their potency, whether they be attack, healing, or gold cards. 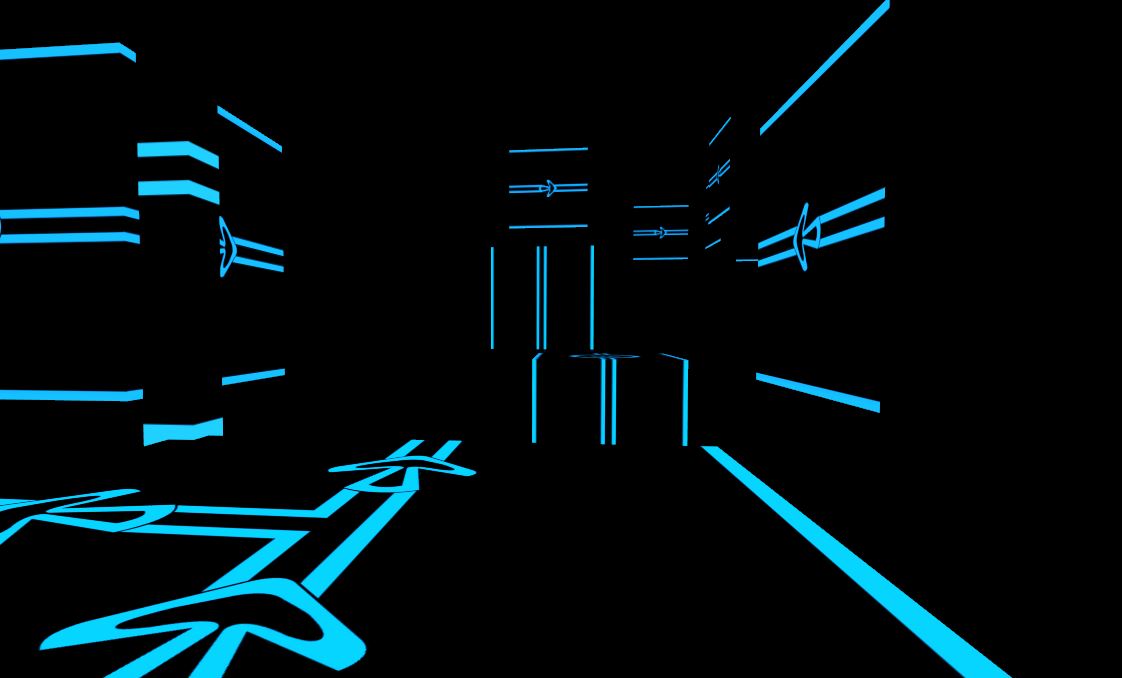 Much like Purrkour (listed above), Advance is also a parkour game. In Advance players have to navigate their way through pitch-black levels, with platforms and surfaces illuminated by neon-lighting. Think of it like a big Tron-themed parkour gym. 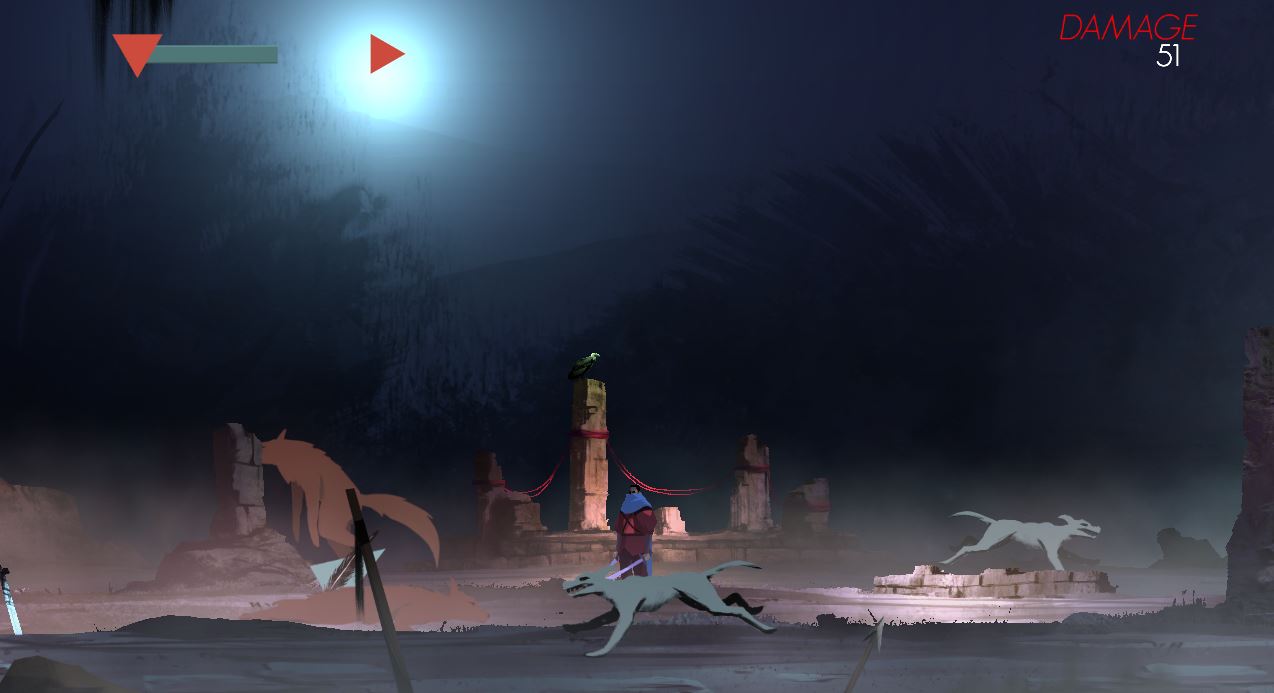 In Vultures, you’re a wolf-slayer who must fend off against waves of vicious wolves. Armed with a pistol and a sword, how long can you survive while fighting across three lanes of hunting wolves? 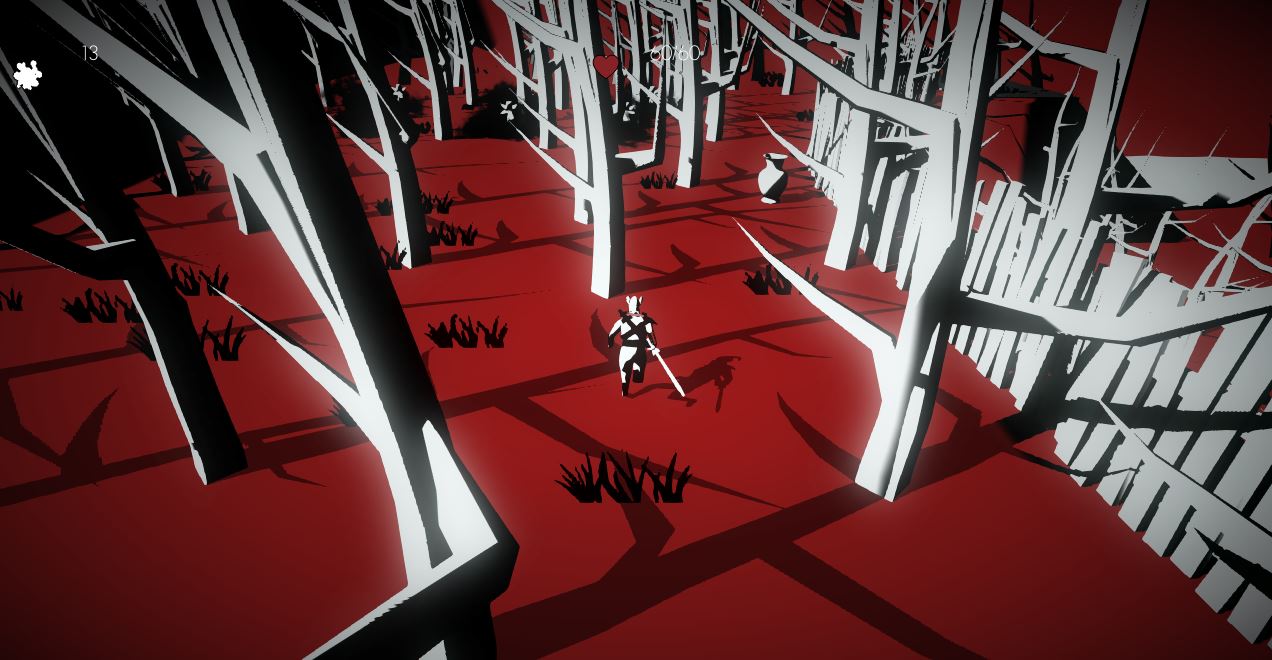 You run around a black/white/red landscape fighting goons with your samurai sword while a mysterious cloud floats behind you which can pelt your foes with laser beams. Need I say more? It also plays well with a controller. 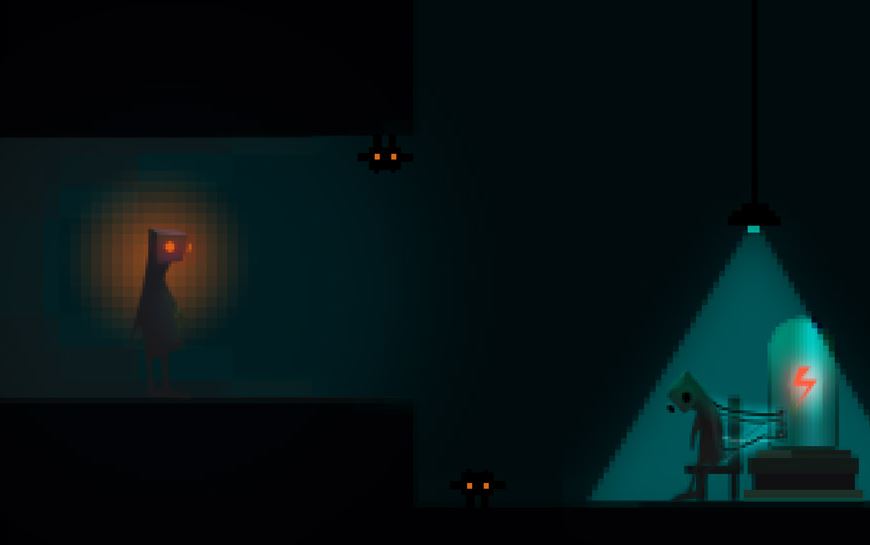 While the controls are a little clunky, playing through I Need More was an interesting experience which raised a number of questions: Who am I? Where am I going? Why do I need batteries? Why do I need more?