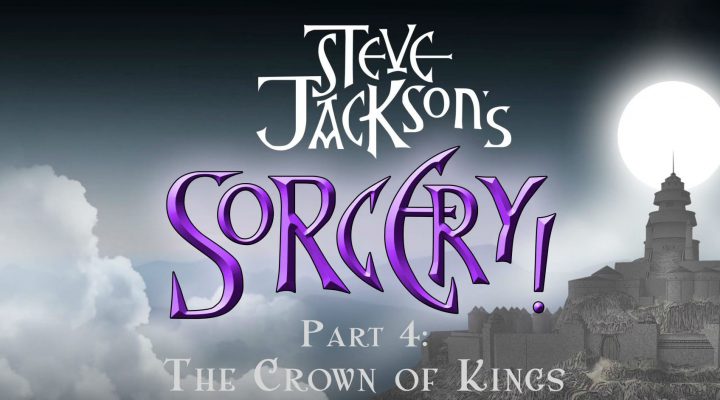 The Steve Jackson’s Sorcery! gamebook series has been a fun ride. Alas, all good things must come to an end, and Sorcery! Part 4: The Crown of Kings, was supposed to finish off the adventure this week.

If your Spidey sense is telling you the “supposed to” part is important, it’s right on the money. Sorcery! Part 4 has been delayed, but only for a week, as it will now release for iOS and Android on September 22.

That’s not much of a wait anyway, but inkle still found a way to make it more palatable. All three previous chapters of the Sorcery! series — The Shamutanti Hills, Khare: Cityport of Traps and The Seven Serpents — are all on sale in the App Store and Google Play for just $0.99 through September 22, down from their normal prices of $4.99.

While not new, there’s also this official trailer for Sorcery! Part 4 to whet your appetite for the next week or so:

The description for Part 4 from inkle says that the prize you’ve been seeking throughout the series will finally be within reach, though it lies within the foreboding Fortress of Mampang. There’s also an ominous line about how “even death is not the end …”

In any case, we’ve told you the new release date and what to do in the meantime, so get to gamebooking.

Traption Bakery Goes Free for the First Time Ever