Home / Deals / Sorcery! 1 is Free on Android This Week 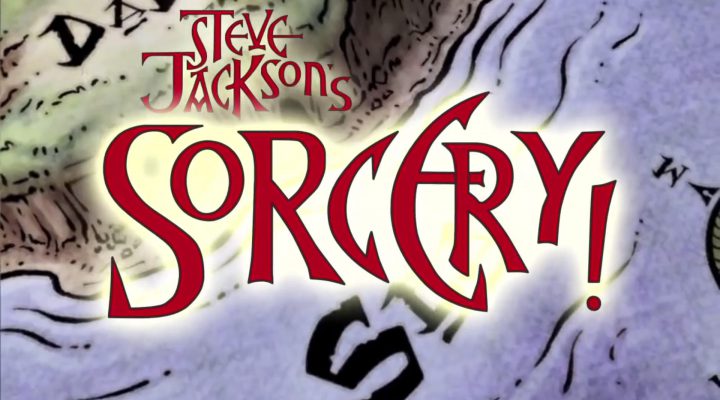 In case your mobile device isn’t already overflowing with games after last week’s Memorial Day sales, we have one more fantastic freebie to top off your storage. Steve Jackson’s Sorcery! is free on Android right now and will be available at this amazing non-price for an entire week.

The Sorcery! series is a set of gamebook adventures that take place in the fantasy world of Titan. The first installment introduces you to the beautifully illustrated Shamutanti Hills which pose the first obstacle in your journey to recover the mystical Crown of Kings. Each step you take through the Hills presents a new challenge or choice, ranging from buildings to explore, characters to chat with, or monsters to dodge or engage. While there will be battles in which you attack, defend, and cast magic spells, the game’s focus is on clear and illustrative prose that continues even throughout these engagements. As Andy stated in our review over four years ago, “Crafting quality fantasy fiction is not an easy thing, but Sorcery! nails it with concise descriptions of scenes and creatures, and dialog that evokes the otherworldly feeling of high fantasy without stumbling into unnatural awkwardness or blathering exposition.”

Sorcery! 1 is only the first installment in the four-part series which reached its epic conclusion just last September. While the rest of the series is still its standard price on Android–$4.99 per game—snagging Sorcery! 1 for free is a great way to dip your toe in this massive fantasy ocean to see if you’d like to swim further out. The giveaway is currently only on Android, although iOS players have had a chance to snag Sorcery! for $0.99 in the past. Regardless, it’s a great game at $4.99 and an unbeatable deal for free right now.