FREEBIE ALERT – The Walking Dead: A New Frontier on iOS 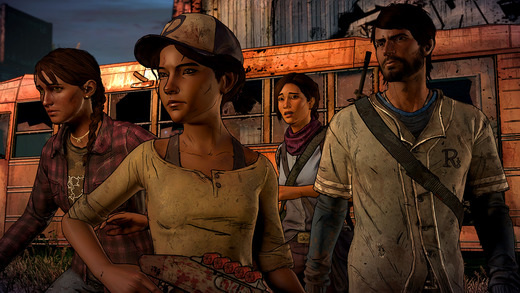 I haven’t played The Walking Dead: A New Frontier yet, but that’s all about to change thanks to a quick price change on the App Store.

Having launched just weeks ago, The Walking Dead: A New Frontier is the third season in Telltale’s ongoing zombie survival series. The past games have been great, and — much to players’ surprise — they were given a double whammy of content when season three launched in late December. In addition to the first episode, players could purchase the second immediately as an in-app purchase. Pretty great, right?

Now you can grab that first episode free of charge. The catch: this deal only seems to be available on iOS. Considering the timing, our gut says this will probably be Apple’s Free Game of the Week beginning tomorrow — but really, that’s just a guess.

Either way, we’re delighted to see a “first episode free” approach from Telltale, even if it turns out to be temporary. This is something I’ve been arguing their games have needed for years now. After finishing a first episode of pretty much any of their series, players will gladly fork over the cash for the rest.

Now if you’ll excuse me, I have to go roll some pennies to pay for Episode 2.